PDXplorer is the world's most popular PDX package reader.

PDXplorer offers a powerful interface that organizes PDX data and exports it in one of over 40 different CSV text file layouts. Each PDX package is converted to a SQLite database; this database can be used independently of the PDX package, with new export SQL queries used outside PDXplorer or added to the PDXplorer internal queries list.

Comments, requests, bugs? Tell us what you think: PDXplorer

ActiveSensing.com (spambot defense: copy & fix as needed). Log files and PDX package examples are very helpful when you have questions or suggestions.

Almost all PCs now use 64-bit Windows, so you probably want the 64-bit installer.

User Account Control (UAC) permission is needed to install the software. PDXplorer is installed into the Windows All Users profile (that is, the per-machine context) to allow any user run the application; to support RDP and Citrix® clients; and to set the PDX package icon

The PDXplorer installer also upgrades an older release starting with PDXplorer 5.0. The installer does not upgrade or replace PDXplorer 4.x or earlier software, and both can be used at the same time. If the older PDXplorer release isn't needed, use the Windows Control Panel to uninstall it.

When PDXplorer 5.x starts, it reads the Windows Registry to determine if it has replaced an earlier release. If the application doesn't find its release in the Registry, it writes its release to the Computer\HKEY_CURRENT_USER\SOFTWARE\PDXplorerDB\AppRelease key. If the existing key value matches the current release, the value isn't written.

To find the Value data: that your automation needs, install the application as an administrator: 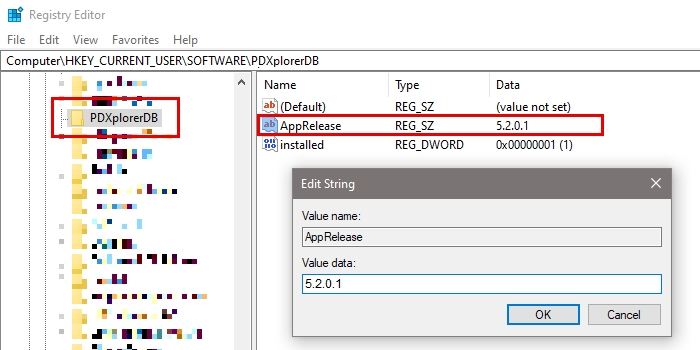 Start the PDXplorer application by selecting it from your Windows Start menu or your Desktop.

When the application opens: 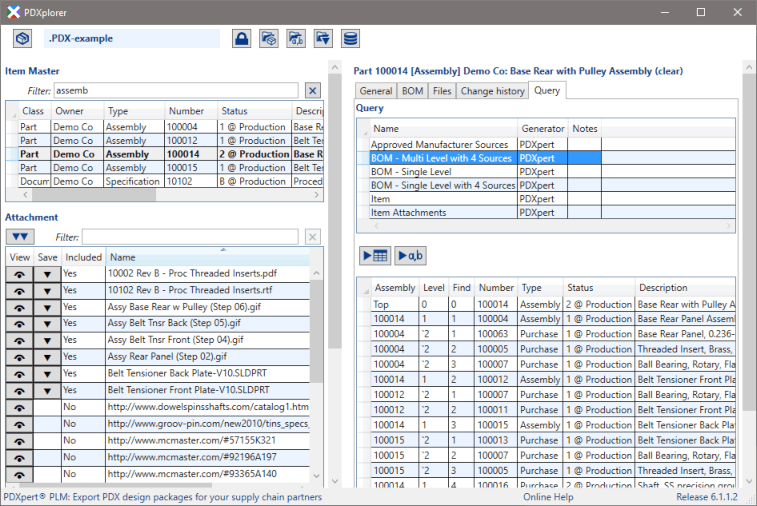 You can test your PDXplorer installation with this IPC-2570 demonstration file:

Use browser Save Link As... or Save Target As... command:

Download the same 32-bit or 64-bit version as the original PDXplorer installer. If you're not sure, uninstall the current PDXplorer release before installing the new one.

Run the downloaded PDXplorerSetup.msi file, and follow the instructions.

When you upgrade to a new PDXplorer release, the PDXplorerQueries.sqlite database may be replaced with a new version. If you've saved your own SQL queries in the old SQLite database, it is renamed to show the upgrade date. To continue using your own queries, you must manually transfer them to the upgraded database. If you don't need the old SQLite database, it can be deleted. The last value in the application release number (for example, 6.1.1.2) specifies the required database version, and is the same value as the SQLite pragma user_version.

Use Windows Control Panel to remove the PDXplorer application from your computer: